Jaqueline has an international family practice and is an expert in the field. She is also a skilled practitioner in all aspect of domestic and child matters. Jaqueline is astute and has an eye for the fine detail, and is able to achieve the best possible outcomes for her clients. 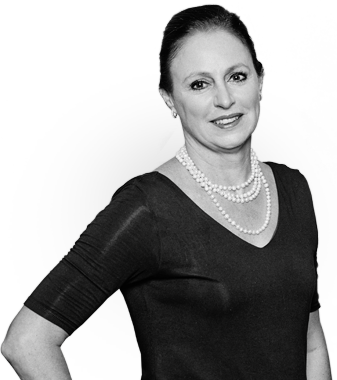 Jacqueline is the joint head of the Family Team at 5 St Andrew’s Hill.

Jaqueline has an international family practice and is an expert in the field. Such is Jaqueline’s knowledge; that she is often called upon to provide expert reports to international courts on international family law.  Jaqueline is astute and has an eye for the fine detail, particularly in complex financial matters.  Jaqueline is a skilled practitioner in all aspects of international and domestic family and child matters. She has been instructed in all matters from international child abduction, child relocation and forced marriages, public law and children (care), jurisdictional issues, private law children’s arrangements and child support, spousal maintenance, and financial remedies, adoptions and surrogacy. She has experience in nuptial agreements and complex financial arrangements involving foreign assets and third parties.

Jaqueline is also an advocacy trainer, and was part the faculty of coaches for the Australian Bar Association’s advanced advocacy course (Melbourne, January 2011). Jaqueline combines energy and intellectual rigour with a practical appreciation of what is required in any given case.

Acting Judge in the High Court in South Africa.

Jaqueline practises in all areas of Family Law, from money matters to private and public law children cases. She is instructed in child abduction, child relocation, child arrangement matters, child maintenance and Schedule 1 applications. In respect of children cases, her practice covers both public and private law children matters, and also child abduction, child relocation, adoption and surrogacy. In public law matters she has acted for Local Authorities, parents, grandparents and extended family members, and children’s guardians. She is often asked to advise on jurisdictional issues in cases with an international element, both in the private and public law sphere.

Jaqueline has extensive international experience, not only being qualified and practising in South Africa and England and Wales, but also acting in many cases with an international dimension. Such cases range from children’s matters to financial matters. She has often appeared in Child Abduction cases, and relocation matters. Expert opinions for foreign courts and domestic courts are often required, and her reports have been accepted in various courts worldwide, from Sydney Australia, to Stockholm, Sweden. Her reports on South African law have frequently been used in the courts of England and Wales.

On money matters, she acts in cases involving moderate to substantial assets, trusts, asset-tracing exercises, interveners in money and property cases, freezing injunctions, bankruptcy and divorce and TOLATA. Jaqueline has experience in nuptial agreements, both pre-nuptial and post-nuptial. She also has particular experience of seeking and identifying assets on divorce, whether they are held by the separating couple, third parties or trusts. Many of these cases have an international dimension. She has vast experience in dealing with the forensic evaluation of estates, and understanding the reports of forensic accountants.

Jaqueline has acted in many Forced Marriage Protection cases, both in seeking such orders, and in opposing them. She has particular experience of matters where the marriage is to be in Pakistan, and the procedure offered by the Pakistan protocol.

Jaqueline has advised on Court of protection proceedings such as matters involving vulnerable adults and children requiring medical treatment.

SUPREME COURT OF APPEAL ONLY

Article 13(b) defence of Hague Convention on international child abduction.

Spousal maintenance on dissolution of marriage by death

Divorce and financial remedies where a prenuptial agreement exists

International child abduction and parental responsibilities of an unmarried father

To Trust or not to Trust? Assets on divorce, whose is it? Jaqueline Julyan S.C. and Gemma Lindfield