"Excels in private law children work and is also noted for her expertise in financial remedy cases." 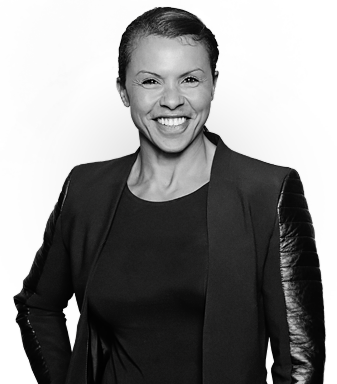 Maria practices exclusively in family law with a specialism in high-end/ big money financial remedy applications and (private law) children work. She accepts instructions to act through a solicitor or directly from members of the public on a Direct Access basis.

Maria is one of the leading family law juniors and is the joint head of the Family Team at 5SAH.

"[She] excels in private law children work and is also noted for her expertise in financial remedy cases."

"Maria Scotland is commended by sources for her calm but firm advocacy style. Her broad family law practice encompasses ancillary relief work with an international dimension, and she is especially noted for her work in private law children disputes".

Maria practices exclusively in family law with a specialism in high end/ big money financial remedy applications and (private law) children work. She will accept instructions to act through a solicitor or directly from members of the public (Direct Access).

Maria is well known at the Bar and has won an award for her work from the Bar Council. She is extremely warm and engaging with members of the public and clients alike. As someone who is divorced and a single mother to two young daughters she understands all too well the emotional as well as financial impact family breakdown and court proceedings has upon clients, their children and family alike. However her warm approach with clients belies a tenacious and dogged approach with the other side and in court. She is trusted by several loyal instructing solicitors and members of the judiciary and has had a loyal following throughout her practice at the family bar since 1995.

Her money/ financial practice concerns cases where the parties’ wealth is substantial or else the issues complex. She is regularly involved  in cases where the asset wealth is several million, involving issues of serious non-disclosure, assets outside of the jurisdiction,  international issues and family Trusts. Maria’s money work includes acting for the husband/ boyfriend, wife/ girlfriend or else third party intervener including on behalf of the Crown  (in asset recovery cases). Maria also undertakes Trusts of Land Act 1996 (TOLATA) matters, concerning parties who were never married.

Maria is also a strong advocate in private children law disputes (including financial claims on behalf of a child under Schedule 1). She is professional but empathetic, bringing to court proceedings the “human touch”.

Here is what the judiciary, members of the profession and clients have said about Maria:

The performance of counsel was outstanding. Indeed the hearing was short because counsel’s submissions, written and oral, were so clear, so succinct and so realistic.

I agree with the judgment of Lord Justice Wilson, not least in relation to the high standard of representation and advocacy before this court.

The scope of the court’s powers to set aside a financial order (CB v EB): Maria Scotland for Lexis Nexis

My take on the Future of the Remote Family Court: Maria Scotland - Joint Head of the Family Team 5SAH