Guy is a specialist fitness to practise, disciplinary and regulatory barrister acting for regulators and registrants. He is ranked as a rising star in The Legal 500. 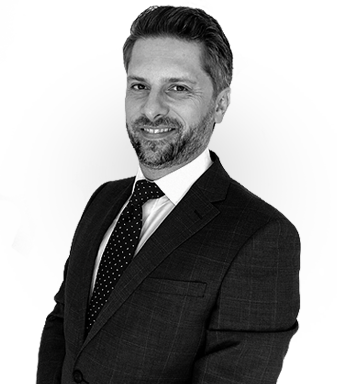 Guy is a specialist fitness to practise, disciplinary and regulatory barrister, having practised in the area for 14 years, acting for both regulators and registrants.  Guy has particular experience of complex disciplinary cases before a variety of healthcare, accountancy, legal, and engineering  regulators. He is ranked as a 'Rising Star' in The Legal 500 [2020 and 2021] for his professional discipline and regulatory work (Solicitors Guide).

"[His] knowledge of case law is second to none [he] provides robust representation at disciplinary hearings."

"He's very pragmatic and very resourceful…he has a great deal of expertise."

Guy has been instructed across the full range of cases brought by these regulators including some of the most complex and lengthy of hearings, often appearing against leading juniors and silks. The types of cases Guy has appeared in include:

Guy has frequently appeared in cases involving GPs before the Performers List Decision Panel and on appeal to the First-Tier Tribunal.

Guy has significant experience in the accountancy sector, in particular in proceedings before the Association of Accounting Technicians (AAT). Cases he has acted in have included allegations of dishonesty, breach of the Anti-Money Laundering Regulations 2007, and failures in the standard of service to clients.

Guy also has experience acting the engineering and architecture sectors.

Guy has previously been a member of the BSB's Prosecutors Panel and has appeared in a number of cases before the BTAS Disciplinary Tribunal.

Guy is well-regarded for his expertise in providing advice to regulators relating to their functions, as well as for drafting rules of procedure, policies, and Codes of Conduct. Guy has particular familiarity with the governance of non-statutory and membership bodies, whose requirements are different to those of statutory regulators.

Guy has experience of advising regulators and other bodies on their obligations under the GDPR and Data Protection Act 2018.

Guy has experience advising clients in relation to police seizure of licensed shotguns and firearms, obtaining a licence following refusal of an application or certificate revocation, suitability reviews, and appeals against refusals and revocations.

Guy has appeared in a number of inquests on behalf of interested parties concerning Health and Safety breaches and deaths in hospital.

Guy Micklewright was instructed on behalf of the Health and Care Professions Council (“HCPC”) in an appeal against a decision of the Conduct and Competence Committee (“CCC”) of the HCPC imposing conditions on his registration following a 33-day hearing.

An appeal considering, among various other grounds, whether the BSB's system of an oral hearing with an appeal on the papers to a review panel was contrary to Art. 6 ECHR.

An appeal arising from a decision to refuse readmission following the Appellant's disbarment following convictions in New Zealand for conspiracy to kidnap and possession of a firearm and a seven year custodial sentence.

A specialist endodontist was suspended with an order for immediate suspension. He applied to discharge the immediate suspension, arguing among other matters that his legal team had been negligent. The court considered that appellants in fitness to practise proceedings must follow the same procedure as appellants in criminal proceedings where negligent representation is alleged.

A four week hearing involving a catalogue of failings in the care provided to approximately twenty patients. Evidence was led from a number of expert witnesses, a large number of factual witnesses and necessitated extensive written submissions.

case involving allegations of a failure to provide adequate care and make adequate clinical notes in respect of multiple appointments of 38 patients. This was the first case where the GOC made use of 'consensual disposal' following a narrowing of the scope of the allegations.

A paramedic alleged to have made significant failings in assessing a 30 year old patient when attending a 999 call, who later died of a head injury. A number of key allegations found not proved and conditions of practice imposed.

A consultant had received a suspended sentence for 2 years for refusing to provide a specimen in the Magistrates' Court. The Panel was persuaded that the principle in CHRE v GDC v Fleischmann [2005] EWHC 87 (Admin) should be interpreted restrictively in order to ensure the sanction was proportionate.

Freedom of Speech, Covid Scepticism, and Interim Orders: What Will be the Effect of White v GMC [2021] EWHC 3286?

Professional Discipline Autumn Series Webinar - Misconduct Proceedings - Universities & Students: What to do & What to expect

Watch: Misconduct Proceedings Autumn Series Webinar - Universities & Students: What to do & What to expect