Alexa is a second six pupil. She accepts instructions in all of Chambers’ areas of practice. 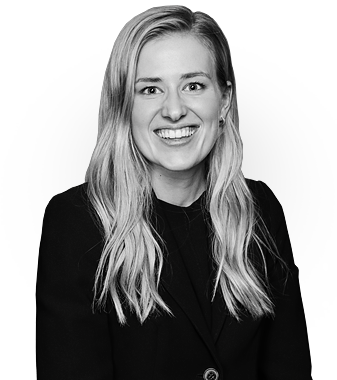 Alexa is a second six pupil. She accepts instructions in all of Chambers’ areas of practice.  Alexa is youth court qualified.
In her first 4 months of pupillage, she observed extradition and international law. In her second 4 months of pupillage, she observed the prosecution and defence of serious and organised crime under the supervision of Allister Walker, including cases of rape, armed robbery and attempted murder.

Prior to pupillage, Alexa acted as a County Court Advocate on the South Eastern Circuit representing clients in a range of civil matters. These included hearings for mortgage possession, return of goods, infant approval and bankruptcy as well as applications for summary judgment and to suspend a warrant of eviction.

Whilst studying for her undergraduate degree, Alexa took part in the University of York’s Top Advocate Competition. Following her participation as the lead respondent in a moot, she won the title of Top Advocate as judged by Lord Hughes at the Supreme Court.