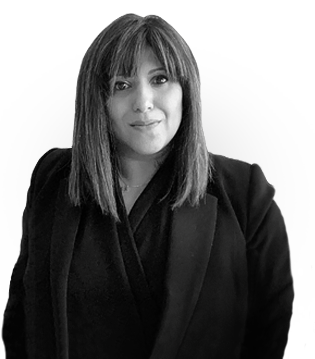 Sharmistha’s extensive experience and inclusive approach ensure she gains the confidence of those she represents and secures their full participation in the proceedings they are about to face. She is quick at understanding the important facts in each case, in order to make complex legal issues easy to understand for her clients. She is a persuasive advocate who combines sound judgment with meticulous preparation.

Sharmistha has significant in-house advisory and litigation experience and of conducting and routinely advising on sensitive, high profile cases. She has considerable Inquest experience from representing the Government as well as the bereaved families at Inquests. Her Public Inquiry experience stems from her role in the Government and having been instructed as disclosure counsel for the Grenfell Tower Inquiry and for a key core participant in the Undercover Policing Inquiry.

Sharmistha has over 15 years of public law experience. In her immigration and asylum practice she is regularly instructed to advise and draft grounds for judicial review and appeals.

As part of the MoJ team, she was instructed in a range of complex Article 2 inquests in relation to death in state detention for Probation and the Prison Service. She led on HMP Liverpool inquests and advised clients on a wide range of civil litigation from malicious prosecution to multi-track personal injury claims. She also liaised with clients across the MoJ estate including the DPP and was also instructed on Inquiries and article 2 investigations.

During her time with the MOD Legal Advisers she led on high profile legacy Article 2 inquests and litigation from the Troubles in Northern Ireland. She represented the MOD at Northern Ireland Office Legacy Liaison Meetings and at the cross-Whitehall Group dealing with historical cases in Northern Ireland, such as the Stalker Sampson Inquest, and prosecutions arising out of the Bloody Sunday Inquiry. She provided legal advice to MOD Ministers on matters such as Public Interest Immunity applications and closed material proceedings in relation to inquests and criminal cases. She worked closely with the Military and partner agencies on the disclosure of sensitive material and the drafting of applications to the court.

Sharmistha represents bereaved families at inquests, particularly those involving deaths in custody and where there are mental health issues.

Sharmistha accepts instructions to advise and provide representation in disciplinary proceedings for individuals and regulators from various sectors. She has appeared before fitness to practice and interim order tribunals/committees.

Sharmistha provides advice and representation in all areas of immigration, asylum, nationality, EU free movement, deportation and detention. She frequently appears before the First tier Tribunal and Upper Tribunal. She is often instructed to represent vulnerable individuals including unaccompanied asylum-seeking children, victims of domestic violence and those with complex mental health issues because of her empathy and manner towards clients.  Sharmistha is also regularly instructed by UKBA in hearings before the First-tier Tribunal at Hatton Cross.

Sharmistha’s experience of immigration law began in 2003 from her time as legal adviser to the Asylum team at London Borough of Hammersmith and Fulham Social Services where she specialised in advising on asylum support and unaccompanied asylum-seeking children role. She later moved to the Treasury Solicitors as a case holder in the Immigration and Judicial Review team where she specialised in complex cases.

Sharmistha has a particular interest in immigration matters involving sexual violence, FGM, people trafficking and the LGBTQ+ community, and has written and spoken about these issues in the past.

Sharmistha has been instructed in both Part 1 and Part 2 extradition matters. She both prosecutes and defends at Westminster Magistrates Court and in the High Court on appeal. She has a wide range of experience in dealing with complex legal arguments.

Sharmistha is on the CPS Specialist list for Extradition, Grade 2.

Sharmistha was previously an employed barrister at SOCA and specialised in proceeds of crime. She advised on SOCA money laundering investigations, specifically in relation to POCA and PACE powers. She provided legal advice to Financial Investigators in relation to proposed cash seizures and specialised in advising on warrants, applications for continued detention and forfeiture under Part 5 Proceeds of Crime Act 2002.  She appeared regularly at contested hearings and appeals on behalf of the Agency.

Sharmistha has been instructed as independent counsel for various police forces and most recently the Metropolitan police, reviewing and identifying Legally privileged material.

Sharmistha accepts instructions in relation to Public Inquiries and Inquests.

She has considerable Inquest experience from representing the Government as well as the bereaved families at Inquests. Her Public Inquiry experience stems from her role in the Government and having been instructed as disclosure counsel for the Grenfell Tower Inquiry and for a key core participant in the Undercover Policing Inquiry.