‘Incredibly user-friendly. He is able to make very complex facts appear simple and straightforward. Juries like him; judges trust him.’ 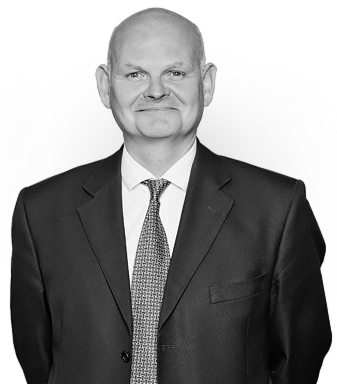 "He has a lovely manner with the jury and is a master of the details." "A superb legal brain."

"An extremely good advocate, rated for his ability to handle the more complex cases.”

"A star in the making.  He is firm but fair, and always knows the case inside out."

Edmund is a specialist criminal advocate, ranked in both Chambers & Partners and the Legal 500.  He was called by Lincoln’s Inn in 1997, took Silk in 2019, and sits as a Recorder in the Crown Court and the County Court.

He both prosecutes and defends the full range of serious criminal offences, from complex tax and commercial fraud to allegations of murder, serious violence and other organised crime.  His cases frequently involve multi-defendant trials with an international dimension, such as cross-border arms trafficking & brokering and corruption, and often raise substantial issues of jurisdiction, disclosure, and public interest immunity.

Recent instructions and trials include: R v. Curtin, prosecuting murder where the defendant has longstanding mental health issues which raise issues of fitness to plead, insanity and diminished responsibility (for trial in early 2023); Project Cortez, conducting the private prosecution of an ex-director of the corporate trustee of a private family trust, accused of defrauding it of over $1m. Listed for three-week trial at Southwark CC in December 2022; Op Demeter, prosecuting a conspiracy to supply prohibited firearms and ammunition, (tried at Southwark CC in October and November 2021); R v. Vengalis, prosecuting a man accused of murdering his wife (at Ipswich CC);  R v. Hendrickson & others, prosecuting a six-handed murder at Basildon CC between March and April 2021; R v. Gould and others, leading for the Crown in a 'special court' convened by the Court of Appeal to consider the ambit of s.66 of the Courts Act 2003;  Op Afterburner, advising on the on-going investigation into the unlicenced supply of fighter jets, surface-to-air missiles, battle tanks, radar defence systems and huge quantities of assault rifles and ammunition to embargoed or sanctioned states in Africa and the middle east;  R v. Onions & others, a £5m conspiracy to cheat the revenue, plus associated Directors' Disqualification offences (listed for 8-10 weeks at Southwark CC); NCA v. Filat, representing an overseas PEP in the first ever appeal against Account Forfeiture Orders (Southwark CC); R v. Palazu, defending a Romanian national with two previous manslaughter convictions who was charged with murder following a mass fight at a farm-workers' caravan site (3-week trial at Maidstone CC); R v. George & others, prosecuting a three-handed conspiracy to supply fighter jet parts to Iran (6-week trial at Southwark CC); R v. Hughes, a £7m conspiracy to cheat the revenue and money laundering (4-week trial at Southwark CC) and R v. Katabarwa & others, a six-handed conspiracy to commit multiple armed robberies (9-week trial at the Old Bailey).

Prior to taking Silk Edmund was First Junior Counsel to the Met Police, advising on its involvement as a Core Participant in the Undercover Policing Inquiry.

Edmund is Chairman of the Kent Bar Mess, and is on the Executive Committee of the South-Eastern Circuit.  Before coming to the Bar, between 1991 and 1995 he was a civil servant at the Office of Fair Trading (OFT), where he was involved in investigating and prosecuting cartels, price-fixing and other anti-competitive practices.

Edmund provides experienced and practical advice to clients in confiscation proceedings, and in applications for Restraint, Freezing, Forfeiture or other Civil Recovery (eg Part 5 of PoCA etc). Please see his present and past cases (below) for further details.

Prosecuting a fatal stabbing committed by a defendant with long-standing mental health issues, in a trial which raises questions of fitness to plead, insanity and diminished responsibility. For trial at Basildon CC in early 2023. Leading Mark Mullins.

Instructed to conduct the private prosecution, brought by a private off-shore family Trust, of a former director of the corporate trustee who is accused of defrauding the Trust of over $1m. The matter is currently fixed for a three-week trial at Southwark in late 2022. Instructed by Mishcon de Reya.

Prosecuting a conspiracy to supply semi-automatic firearms and ammunition, plus associated Serious Crime Act and money laundering offences. The investigation involved the deployment of UC police officers acting as buyers of prohibited weaponry, and the trial is fixed at Southwark CC for 5 weeks in October-November 2021. Leading Jose Olivares-Chandler.

Prosecuting a man accused of murdering his wife, the mother of his 5 children, in April 2021. The trial is listed for 3 weeks at Ipswich CC in January 2022. Leading Ben Burge.

Leading Ben Burge in the successful prosecution of a six-handed armed raid on a cannabis factory in Essex, in which a man was murdered and another nearly killed. Those convicted of murder and attempted murder (Hendrickson and Wright) received life sentences with a minimum term of 32 years each; all 6 defendants were convicted of aggravated burglary and were sentenced to 13 years imprisonment.

Instructed to lead for the Crown in a two-day 'special court' convened by the Court of Appeal. The Court was established to consider the ambit of the powers conferred on judges by s.66 of the Courts Act 2003, and considered four conjoined appeals including one involving an 18-year extended sentence imposed following a finding of dangerousness. The appeals raised issues of general importance, including the relationship between the respective jurisdictions of the Magistrates' Courts, the Crown Court and the Divisional Court, the Crown Court's ability to correct procedural defects in the Magistrates' Courts, and whether the Crown Court has a power to lay fresh charges or to amend existing ones, where a defendant has already pleaded guilty and been committed for sentence. Leading Jamie Sawyer of Red Lion Chambers.

Advising a HNW individual on the merits of bringing a private prosecution, and on other suitable remedies for the recovery of over £1m, following their investment in a suspected 'Ponzi' fraud.

Defending a Romanian national charged with murder, who had two previous convictions for manslaughter in his home country. Leading Oliver Kirk.

Successfully quashing the conviction of a young man for GBH, following his trial for attempted murder, by satisfying the Court of Appeal that the prosecution’s approach to disclosure had been fundamentally flawed leading to material non-disclosure at the trial. Led by Anthony Glass Q.C.

The prosecution of the former director of a City reinsurance brokers guilty of paying over $2 million in bribes to foreign officials in return for government reinsurance contracts. Led by Hodge Malek Q.C.

The importation of 150 kg of cocaine. Led by Vivian Walters.

The illegal export of para-military equipment from the UK to Iraq and elsewhere in the middle-east. Led by Cairns Nelson Q.C.