‘Millenium Dome’ robber convicted for further armed robbery prosecuted by Chris May. Ray Betson who was sentenced to 15 years imprisonment for his part in the attempted robbery of the De Beers diamonds from the Millenium Dome Exhibition in 2000, was convicted by a jury on 18th July at Maidstone Crown Court of attempted robbery of a cash security depot in an attempt to steal millions of pounds in cash. In both cases the gangs used stolen JCB diggers to smash their way in.

Betson drove the digger in the Dome case. His DNA was found on parts of the robbers’ disguises including a balaclava discarded near an abandoned getaway car as they fled the scene from the cash depot having broken through a wall into the van loading bay. He admitted the balaclava was his but said he had only used it for hobbies such as paintballing. He had described himself to the jury as a ‘reformed character’. Sentence was adjourned. 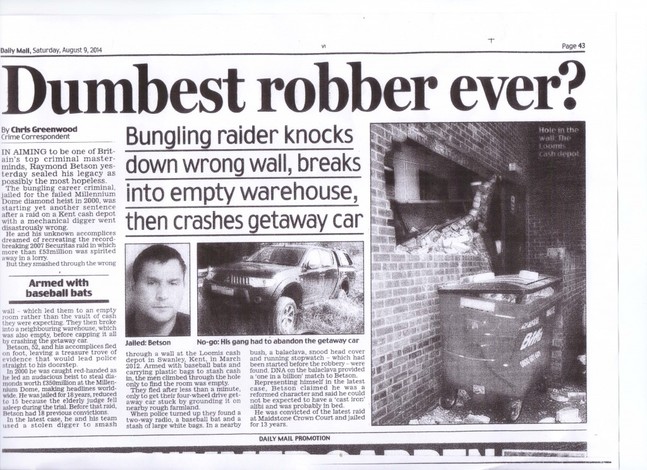