‘Has grown as a relatively new QC into an absolute foundation for any high-profile or complex criminal case. Throws everything into the case, and it consumes him for that period. He is easy to work with and is excellent on his feet, with jurors, judge and opponent. I have seen juries eat from his palm.’ 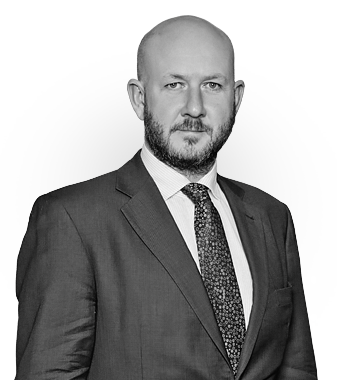 Mark's principal specialisms are in business and financial crime (including asset recovery and confiscation) as well as sexual allegations and homicide. In relation to business crime, he regularly advises and represents company directors and corporates who face investigation and/or issues around regulatory compliance. In addition, he regularly defends and prosecutes general crime at the very highest level, with a particular emphasis on homicide and sexual allegations. A significant amount of his work involves cases where reputational issues are at stake. Mark has, for many years, been ranked in Chambers and Partners and the Legal 500 as a leader in the field of crime at the London Bar.

"A powerful barrister with a real courtroom presence. He gets to critical points quickly and is excellent on strategy."

"Exceptionally thorough at preparing cases and is a master of detail. He is an engaging, direct advocate who has an excellent manner with the judiciary"

‘ A commanding presence in the courtroom. ’

Mark is an approachable and modern Q.C. sought after for his trial expertise and advisory work.  He is known for his work ethic, case theory and a relentless attention to detail.  He is jury friendly, an excellent communicator and adept with the latest technology (an increasingly important factor in modern investigations).  This skill set has been instrumental in Mark’s success in his chosen areas of work.  Apart from dealing with the most complex of cases, Mark also acts in cases where significant reputational issues are at stake.  In this regard he has extensive experience of successfully advising and representing high net worth individuals who have come under investigation.  This includes medics, lawyers, accountants, professional sportspeople and those working in the arts.   Further details in relation to specific areas of Mark’s practice are set out below.

‘Able to turn his hand to any area of criminal law to get the best result for his clients.’

In the field of business and financial crime Mark has extensive experience of dealing with the most complex investigations, including those with an international element.  He has dealt with trader frauds, tax frauds, land bank frauds, mortgage frauds, carousel frauds, company frauds and those involving the most complex financial instruments (including crypto-currencies) and/or corrupt practices.  He has acted in countless complex and very high value asset recovery/confiscation proceedings and is familiar with issues relating to restraint and freezing orders.  He has recently advised a target in an ongoing SFO international corruption investigation and advised another individual with regard to a massive NCA investigation into international fraud allegations.  Mark also provides specialist business crime advice and recently advised the CEO of a PLC in relation to the application of the insider dealing legislation in a highly novel and unusual factual scenario.  He is experienced in dealing with issues relating to money laundering, bribery and corruption.  Some examples of Mark's recent cases can be found under the Business Crime, asset recovery and confiscation sections set out below.
In the field of homicide Mark has experience of defending in cases involving joint enterprise and young or otherwise vulnerable defendants (including those suffering with significant mental health issues).  Mark recently secured the only across the board acquittal in a multi-handed knife murder where Mark’s client was only 14 years of age.  Immediately afterwards, he successfully prosecuted a multi-handed knife murder, securing across the board convictions, and then went straight into defending the lead defendant in another multi-handed knife murder where a ‘cut throat’ defence was being run.  Mark’s client (the lead defendant) was acquitted of both murder and manslaughter.  This back to back sequence, from late 2018 and into 2019, demonstrates Mark’s exceptional ability to successfully bring his skills to bear for both the defence and the prosecution in cases of homicide.
In the field of sexual offending Mark has unparalleled experience, having been dealing with the most serious and/or reputationally difficult cases for over twenty years.  He was a defence specialist in this field long before Operation Yew Tree and so his expertise pre-dates the current trend towards increased levels of prosecution of sexual allegations.  He understand the complexities and sensitivities in these cases.  He has a detailed and extensive understanding of technical, computer and digital evidence and how it may be challenged.  He has questioned countless child witnesses, in the most delicate of cases, and has vast experience as to the use of intermediaries.  He has defended high profile celebrity defendants on a number of occasions.
Mark is regularly instructed to provide second opinions in relation to proposed appeals against conviction and sentence.  He is also experienced in cases involving regulatory and disciplinary issues and has significant experience of acting and advising in cases of Judicial Review.

Mark defends at the highest level. Mark has experience of dealing with cases across the whole range of criminal allegations as exemplified by the profile details set out above.  He has dealt with the most serious and complex cases involving allegations of violence, trafficking, harassment, dishonesty, public order, firearms, conspiracy, drugs (including legal highs), money laundering and driving (including death by dangerous driving).

Instructed to advise pre-charge on SFO investigation into corrupt practices with regard to issuing work visas in Saudi Arabia.

Instructed to advise as to interaction between insider dealing legislation and disclosure obligations within family proceedings.

Instructed by the Specialist Fraud Division to prosecute this multi-million pound trader fraud that was heard over ten weeks. The case involved a complex Ponzi scheme and substantial issues surrounding Forex trading on the spot markets. Convictions were secured.

Instructed to defend in this 10-week conspiracy to money launder, pervert the course of justice and false accounting case. Mark’s client was acquitted on all counts. The investigation into the case by the Anti-Money Laundering Task Force had spanned more than five years and over 35,000 pages of material were relied upon by the Crown. The principal issues in the case involved allegations of computer manipulation and forgery. Mark’s substantial experience of white collar fraud and the Money Laundering Regulations were brought to bear during this complex trial.

At the time of taking silk Mark was instructed to defend (as a led junior) in this six month, multi-handed care home fraud

Instructed to defend the lead defendant in high value and complex “old law” confiscation proceedings. The case involves complex issues relating to the interaction between third-party bankruptcy/insolvency proceedings and available amounts for the purpose of the Criminal justice Act 1988.

Instructed to defend the lead defendant in high value confiscation proceedings flowing from allegations of land banking fraud and other associated complex frauds. The case raised issues relating to the inclusion of assets within POCA proceedings that are likely to be the subject of separate allegations flowing from an ongoing NCA investigation.

Instructed to represent the lead defendant in the “Drinsey Nook” modern slavery case. Mark was instructed specifically to deal with the complex high value POCA proceedings that followed on from a series of substantial trials.

Instructed to defend in a contested and very high value confiscation enquiry. Following a fully contested hearing the original benefit figure of over £4m was reduced to less than £0.5m. During a lengthy hearing technical and evidential arguments were advanced, covering topics such as corporate veil and registered tenancies.

Instructed to defend the third defendant in a high profile eight-handed murder. The trial is due to take place in late 2020 before Picken J and involves issues relating to mental health and joint enterprise.

Instructed to prosecute an evidentially challenging allegation of manslaughter. The deceased fell from the steep edge of his front garden and suffered fatal injuries. It was alleged that the fall was the result of an assault by the defendant, however, there were no witnesses. The case was based purely on circumstantial evidence, including forensics and, footprint evidence and pathology. Mark successfully resisted a dismissal application and went on to secure a conviction.

Instructed to defend the first defendant in a three handed knife murder. The deceased was tortured and killed having been released from prison. He had served 33 years of a life sentence for the murder of a child in the 1980’s. Mark’s client ran a cut throat defence, asserting that the second defendant was solely responsible for the killing. Mark’s client was acquitted of murder and manslaughter following a six-week trial in Cardiff Crown Court before Lewis J. The second defendant was convicted of murder.

Instructed to prosecute this two-handed knife murder. Mark secured the conviction of both defendants following a four-week trial in Newport Crown Court before Simler J.

Instructed for the second defendant in a seven-handed conspiracy to murder case.

Instructed to defend the lead defendant in a five-handed conspiracy to murder tried over eight weeks before the Recorder of Manchester. Channel 4 are currently preparing a documentary in relation to the case.

Instructed to defend in the case of the “Stelfox House” double murder. An extremely rare category of case that involved a lone defendant being accused of double murder within the context of a single incident.

Instructed to defend in a three-handed murder. Mark had to return this case prior to trial, however, before returning it he drafted a written application to dismiss the murder charge against Smith and this argument was successfully advanced before the Recorder of Stafford by Queen’s Counsel who replaced Mark. The QC in question confirmed that the application was allowed purely on the basis of Mark’s written submission.

Instructed to defend the lead defendant in a nationally reported, three-handed murder, where the body of the deceased was kept in a flat for a number of days before being disposed of via a wheelie bin.

Instructed to represent high profile singer accused of rape following a show in the UK. The defendant was unanimously acquitted by the jury.

Instructed in an 'out of time' application to the Court of Appeal in relation to a sentence of imprisonment for public protection imposed following convictions for child sex offences some years ago. Mark successfully submitted that the sentence was unlawful. In addition, once the CCA corrected the error, Mark succeeded in persuading the Court that an IPP was, in any event, wrong in principle. The sentence was quashed and replaced with a determinate sentence

Instructed to defend a renowned 1960’s film director accused of various indecent images offences. Mark eventually caused the Crown to drop the case following legal submissions and evidence gathering that demonstrated that the images in question could not be proved to be unlawful.

Instructed to defend an eminent surgeon accused of sexual offences within the workplace. An acquittal was secured.

Instructed to defend in a sexual assault case where the complainant was only four years of age. Commended by the Resident Judge of Lewes Crown Court for conduct of the case.

Instructed to defend one of the four Brighton and Hove Albion footballers accused of sexual assault. Mark represented the first defendant and co-defended with three Queen’s Counsel. Mark was the only junior in the case and undertook all the central cross-examination of the Crown’s witnesses which ultimately contributed to the across the board acquittals that followed a trial and re-trial.

Junior alone in defending a high profile musical composer accused of rape. Mark was privately instructed in this case and secured a jury acquittal within six minutes of jury retirement.

Instructed to defend a leading transplant surgeon accused of sexual assault in a clinical setting. Mark’s vigorous and detailed approach to disclosure in this case contributed to another swift jury acquittal.