Ini is a barrister specialising in regulatory work and complex criminal cases. She has particular expertise in fraud and financial crime and is ranked in The Legal 500 and Chambers & Partners for Fraud: Crime (London Bar). 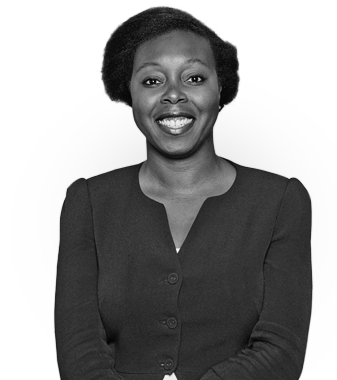 Ini is a barrister specialising in regulatory work and complex criminal cases.  She has particular expertise in fraud and financial crime and is ranked in The Legal 500 and Chambers & Partners for her fraud work.  Ini is a collaborative worker whose attention to detail and meticulous case preparation is often praised.  She is a persuasive advocate who is trusted and respected.

‘Ini is an astute lawyer and a passionate and persuasive advocate, whose dedication shines through. She drives cases forward with vision and great tactical judgement.’

"A hard-working and diligent barrister." " Very dedicated and smart. She is a good advocate."

She has a wide range of experience in fraud litigation including large-scale MTIC fraud, VAT fraud, benefit fraud and Excise fraud.  She is instructed in multi-handed cases of complexity and volume.

Ini also appears in the First Tier VAT Tribunals and is regularly instructed from early on in the proceedings.  Her experience practising in crime complements this work and she is highly knowledgeable with regard to case preparation and presentation.

She accepts instructions in relation to Private Prosecution matters.

Ini accepts instructions in relation to Public Inquiries and Inquests.