"An incredibly intellectually gifted barrister, who goes above and beyond on a regular basis" and "Well-prepared and skilful in his advocacy." 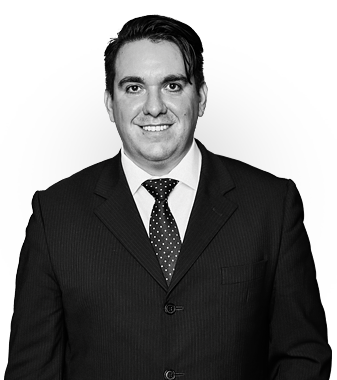 "an incredibly intellectually gifted barrister, who goes above and beyond on a regular basis"

"well-prepared and skilful in his advocacy."

He defends and prosecutes in criminal cases involving the most serious allegations including offences of violence, sexual offences (including rapes and sex trafficking), firearms offences, drugs offences, fraud and confiscation proceedings.

Jose is Duty accredited and a Grade 3 prosecutor on the Advocate Rape Panel. He is an expert trial advocate who goes the extra mile for his clients. He is particularly well regarded by both defence firms and the CPS for his representation in serious and high-profile sexual offence trials.

‘ He has two brains – he really knows his stuff. ’

"My firm regularly instructs Jose on all types of serious cases. The quality of his work is exceptional. Jose responds very promptly to the emails that I send him. In fact, I have not seen anybody respond so quickly! He is the hardest working barrister I have had the pleasure to work with. The quality of his work is without question. All the feedback I have received regarding Jose has been nothing but positive. I would highly recommend him to anybody seeking a barrister to instruct as regards a criminal matter."

Jose is instructed in numerous financial crime cases, including large-scale frauds for the prosecution and defence.  See his cases of note section for more details.

Represented one of the Defendants alleged to have trafficked a Rwandan National to Belgium via the United Kingdom. There was a large amount of material relied upon by the Crown relating to financial and telephone evidence. Jose made a number of applications for disclosure under s8 Criminal Procedure and Investigations Act 1996 relating to electronic evidence and intelligence concerning a number of individuals, including the complainant. On the first day of trial, the Crown conceded the legal argument and offered no evidence. Formal verdicts of not guilty were returned in relation to the Defendant.

Represented a defendant jointly charged with 12 other inmates in a high profile prison mutiny trial.

Modern Slavery case and successful appeal provides sentencing guidance in reported case: Joe represented both appellants in the Court of Appeal who had been convicted of a number of Modern Slavery offences. The appellants had trafficked numerous non-English speaking Hungarian males into this country and then forced them into labour, taking almost all of their earnings and threatening them violence if they did not comply. Jose successfully appealed sentence, securing significant reductions in their terms of imprisonment.​​ This judgment is a now reported authority as follows: R v Egeresi and Olah [2019] EWCA Crim 675.

Represented a defendant in a multi-count, multi-handed Modern Slavery Act trial where it was alleged that the defendants trafficked Romanian males into the UK in order to force them into slavery. links to press coverage: [copy and paste to your browser to see press coverage] www.dailymail.co.uk/news/article-5576669/Slave-drivers-trafficked-victims-UK-Hungary-earnings-jailed.html

Leading junior who represented a defendant in a 5-week trial who was accused of trafficking 40 Nigerian girls for prostitution who were put through black magic “Juju” rituals before being brought into the UK. links to press coverage: [copy and paste to your browser to see articles] http://www.dailymail.co.uk/news/article-3722019/Female-people-smuggler-known-Auntie-Franca-used-threat-witchcraft-force-dozens-teenage-orphans-prostitution-slavery.html http://www.mirror.co.uk/news/uk-news/woman-used-witchcraft-violence-traffick-8554503 https://www.thesun.co.uk/news/1548135/female-people-smuggler-who-used-threat-of-witchcraft-to-force-kids-into-sex-trade-to-bo-caged/

Represented one of the defendants in 4 week multi-defendant trial involving an allegation of trafficking 3 Nigerian girls for prostitution who were put through black magic “Juju” rituals before being brought into the UK: Acquitted on all 17 counts.

Represented a defendant accused of serious sexual offences relating to his then wife on 2 dates. During the trial, the Crown offered no evidence on the count which related to the earlier date. Jose subsequently made a successful application to stay proceedings as an abuse of process on the ground that the defendant could not have a fair trial as if the complainant was cross-examined on inconsistencies in relation to the earlier incident, the jury would hear about an allegation which was strikingly similar to the remaining counts. This was a novel argument for which there is no case law. Jose arguably created a new ground for a stay in proceedings owing to an abuse of process.

Defended in a 3-handed, multi-count historical sexual child abuse trial where the defendant was accused of raping a 12-year-old: Found guilty on just one of the counts

Defended in a trial where the defendant was the face of the “Dreamboys” and was accused of digitally penetrating 2 female complainants during private dances: Acquitted on all counts. Links to press coverage: [copy and paste to your browser to see articles] https://www.thesun.co.uk/news/3757696/dreamboys-dancer-groped-a-bride-to-be-and-molested-her-pal-during-strip-club-hen-do/ http://www.dailymail.co.uk/news/article-4587852/Dreamboys-dancer-groped-bride-friend.html http://www.mirror.co.uk/news/uk-news/dreamboys-dancer-accused-groping-women-10610630 ​

Defended in a multi-handed, multi-count trial representing a youth who was accused of being involved in the gang-rape of a fellow 16 year old: acquitted.

Defended a Gurkha in a court-martial trial where he was accused of raping a female officer: acquitted.

Represented the defendant on a 10-count indictment alleging stranger rape where he subjected the complainant 2-hour ordeal in a park. link to press coverage: [copy and paste to your browser to see articles] http://www.standard.co.uk/news/crime/guilty-depraved-man-faces-jail-after-twohour-sex-attack-in-west-london-park-a3339496.html

Defended in a historical sexual abuse trial where the defendant was accused of molesting his younger female cousin when they were both children: acquitted at retrial.

Represented a defendant charged with 4 others who was accused of possessing the proceeds of Class A drug sales during a multi-handed 4 week trial. The defendant had pleaded guilty to being involved in a wide-ranging conspiracy to supply Class A drugs and another offence of drug-related Money Laundering prior to the trial. Even though the jury were aware of the defendant's guilty pleas to those two offences, Jose was able to persuade the jury to acquit the defendant on the remaining count of Money Laundering, notwithstanding the proximity of the alleged proceeds of drug sales in time and place to the drug conspiracy.

Represented a defendant who was accused of trying to pay a hitman to kill his estranged wife who was acquitted on both counts.

Instructed at short notice to prosecute a mother and step-father who sexually abused their 2 children in the late 1980s over a significant period of time. Jose was successful in opposing applications to adduce the sexual history and bad character of the complainants and won all legal argument made during the trial. There were numerous social services records (all reduced to agreed facts) which contradicted the complainants’ accounts. Moreover, one complainant suggested that the other sexually abused her. Notwithstanding these difficulties, Jose secured convictions for both Defendants. Convictions were upheld by the Court of Appeal.

Prosecuted a retrial concerning multiple counts of making and distributing indecent images of children where the jury in the first trial was hung. The defendant was an IT specialist and so Jose examined-in-chief the Crown expert expert extensively to rebut all aspects of the various technical defences. Jose also cross-examined the Defendant at length on complex specialist IT subjects whilst ensuring that the prosecution case was simplified for the jury so that anyone without any specialist IT knowledge would be able to understand the evidence. The Defendant was convicted on all counts.

Prosecuted a high-profile trial which attracted widespread press attention where a 46-year-old woman was alleged to have groomed and had sexual intercourse with a 14-year-old boy in foster care. links to some of the press coverage: [copy and paste to your browser to see articles] http://www.dailymail.co.uk/news/article-3353005/Woman-46-says-thought-14-year-old-sex-17.html http://www.thesun.co.uk/sol/homepage/news/6797079/Woman-46-had-sex-with-boy-14-because-she-thought-he-was-17-court-hears.html