John is an experienced criminal barrister who both prosecutes and defends in the most serious types of criminal cases. His attention to detail and meticulous preparation are most apparent in the more complex cases, while his approach to cases involving young and vulnerable witnesses has regularly been singled out for praise. 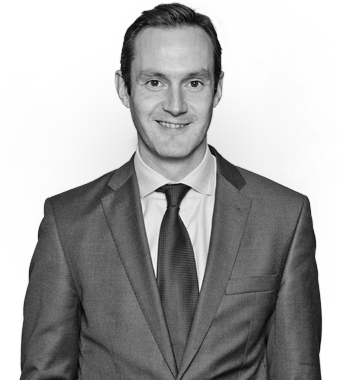 John is regularly instructed both to prosecute and defend in the most serious types of criminal cases, including murder, rape and other sexual offences, human trafficking and other types of serious organised crime. John also has vast experience in complex fraud cases, both as trial advocate and as disclosure counsel.

Described by Lord Justice Golding as showing “conspicuous ability” in terms of both his oral and written advocacy [R v Roberts (Neil Daniel)] [2011] EWCA Crim 2974], John combines a natural aptitude inside the courtroom with diligence and acumen.

"Can I take the opportunity to express my sincere thanks to yourself [Chris May] and of course John Keal for your handling of this very difficult and complex case. You have been superb and have delivered a prosecution of the utmost quality. It has been a pleasure working with you."

John has been instructed in the most serious types of cases. A naturally persuasive advocate, he is frequently praised for his approach to cases involving young and vulnerable witnesses.

John’s ability is also apparent in the more complex cases. Equally comfortable in document-heavy cases and those involving complicated legal issues, John prides himself on the service he provides not just in the courtroom but also in case preparation.

Led junior in this multi-handed prosecution for human trafficking and sexual offences against underage girls. [See above for feedback from the Detective Inspector of the Complex Abuse Unit in Surrey.]

Junior alone representing a defendant charged with rape and other sexual offences against his daughter over a five year period.

Led junior in this prosecution of a drugs-related murder in which the victim was killed by masked men in his own home.

Junior alone representing a defendant charged with the historic rape and other sexual offences against younger members of his own family.

R v Gaspar and others

Junior alone representing a defendant charged with trafficking women from eastern Europe to the United Kingdom and forcing them to work as prostitutes.

Led junior in the prosecution of a multi-million pound conspiracy to import drugs, arising out of a long investigation by the Serious and Organised Crime Agency.

Junior alone in this prosecution under section 45 of the Serious Crime Act 2007. The defendants were the first ever to be convicted after trial for importing an adulterant used in the supply of heroin.

Led junior in this prosecution for attempted murder.

Junior alone in the prosecution of historic sexual offences committed by a pastoral assistant. This case involved complex legal issues relating both to bad character and hearsay.

Junior alone in the prosecution for a fraud against Children in Need by the directors of a “Super Car” company.

R v Hagi-Daib & others (Crown Court and Court of Appeal)

Led junior in this multi-handed (18 defendants) prosecution arising out of gang violence on the streets of Woolwich.

Led junior in this prosecution for historic child sex offences committed by the de factor step-father of four complainants.

Led junior in this multi-handed prosecution arising out of gang violence on the streets of Woolwich.