For more than 25 years Ian has prosecuted and defended in all types of criminal cases, from murder to thefts. Ian has experience of large-scale drugs and revenue prosecutions. His practice also includes dealing with serious offences of violence, public order, dishonesty, rape and serious sexual offences. Ian is a safe pair of hands when prosecuting or defending in criminal cases. 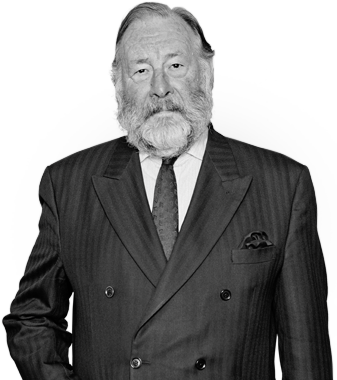 Ian has been a member of chambers since 1987, having been taken on after completing his pupillage in chambers. He came late to the Bar, having spent a few years in merchant and industrial banking, during which a secondment to the bank’s legal department, led him to his legal career.

Ian has developed a practice in criminal law, prosecuting and defending in all types of cases. He has appeared for the Crown in numerous prosecutions for what was H.M. Customs and Excise (HMCE), now H.M. Revenue and Customs (HMRC), in smuggling cases, VAT frauds and money-laundering cases.  Ian is also regularly instructed by the Crown Prosecution Service (CPS) in cases involving violence, including murder (led), dishonesty, firearms and drugs.  Ian prosecuted a theft case at Maidstone Crown Court in front of Judge Statman, which has widely reported in the press, and known as the £3 sausage roll theft case.

Ian has defended in murder (led), rape and other serious sexual allegations cases.  Ian is also regularly instructed in drugs and tobacco smuggling cases, firearms cases, drugs supply and production cases and almost every variation of allegations of dishonesty, including those relating to the theft of domestic comestibles.

Ian attended the University of Kent at Canterbury and graduated with a B.A. (Hons.) in law, in 1979.

Ian spent just under 5 years with a firm of solicitors, mainly preparing criminal and civil trials, until he was able to head for what he had intended to be his first choice and career – the Bar.

He was called by Middle Temple in 1986, after completing the Bar Finals course that year.

Away from the Bar, Ian is an avid cricket and rugby follower, although now, sadly, too old to play either game, but has been known still to fly the odd old aeroplane when the opportunity presents itself. Just to demonstrate his all-round sound judgement, he spent part of the 1960s playing drums in various bands in London and then gave it up. Not long afterwards, some of the others found considerable fame and fortune; something fondly remembered when heading for another ineffective case in Maidstone or Canterbury.

For more than 25 years Ian has prosecuted and defended in all types of criminal cases, from murder down to thefts. Particularly he has experience of large-scale drugs and revenue prosecutions, an example of which was when Ian prosecuted a multi-handed importation of Class A drugs, which led to long sentences for all defendants. Ian also defends in such cases, and uses his specialist expertise and knowledge for his clients.

His practice includes dealing with serious offences of violence, public order and dishonesty. Ian prosecuted a gang-related firearms cases, including prosecuting a local “enforcer” who was linked to serious gun crime.  A lengthy case of Ian's involved pre-charge advice to conviction and followed by a Proceeds of Crime Act hearing at the conclusion of the case. Ian's experience in relation to fraud cases, can be demonstrated when he prosecuted a case involving fraudulent claims for the repayment relating to non-existent gift aid donations. It was one of the first such prosecutions and involved approximately £550,000 and large volumes of documents. It involved a number of well-known public figures said to have made donations, who were concerned not to be identified in court, which added an extra dimension to this unusual case.

He has experience in prosecuting and defending all types of sexual offences.