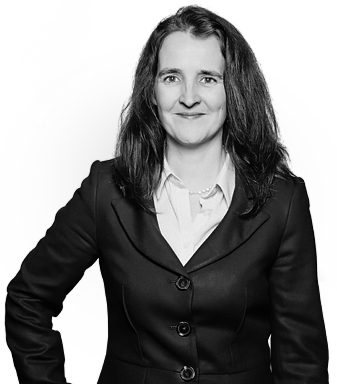 In addition to conducting high profile fraud trials, Francesca is instructed to defend and prosecute throughout London and the South East. She has developed a practice that promotes her ability to identify and address complex legal argument, whilst remaining focussed and robust during witness handling.

Francesca takes an active role in effective case management and encourages client conferences throughout the proceedings to maximise prospects of success. She has gained significant experience in lengthy and multi-handed cases, together with appellate work, having been instructed by leading defence solicitors in relation to referrals from the Criminal Cases Review Commission.

Francesca was recently led in a high profile Appeal that sought to extend the parameters of duress to overcome the need for an objective ‘imminent risk’ of death or serious injury for defendants that suffer from battered woman syndrome.

Francesca was instructed to represent the first mate of a vessel that collided with another in the Dover strait, resulting in the death of the other vessel’s captain and a charge of manslaughter. For the first time in a criminal trial, a simulation was generated that reconstructed the incident using the GPS co-ordinates of all vessels within the area, to enable the judge, jury and counsel to experience the accident from the same perspective as the defendant, using specialist equipment in Warsash, Hampshire.

Francesca is regularly instructed to defend in cases involving sexual allegations, from rape to historical abuse, and specialises in breach of trust cases involving teachers and family members. The emotive nature of such accusations is dealt with sensitively, but robustly, and Francesca is well versed in dealing with child witnesses, young defendants and those with mental health and learning difficulties. One of Francesca’s most controversial cases involved a 12 year old male defendant who, with one other, was facing serious charges against other children they had held at knifepoint before inciting them to commit sexual acts.

When defending in cases involving sexual allegations, disclosure is crucially important, and often yields valuable evidence for cross examination.  Francesca maintains a robust and persistent stance on disclosure, to maximise prospects of success.

Drafting an information for breach of an enforcement notice: Ceredigion CC v Robinson & others