Harry specialises in prosecuting and defending heavyweight financial crime cases. Harry has an eye for detail and is able to make a jury, judge or tribunal understand complex financial and accounting cases with ease, and it is something he is renowned for at the Bar. 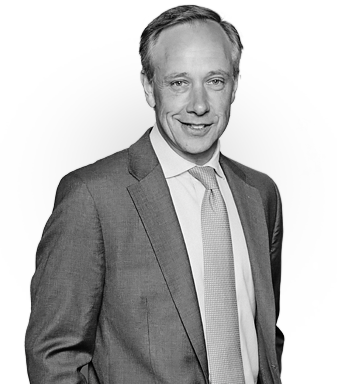 Harry specialises in prosecuting and defending heavyweight financial crime cases.  Harry has an eye for detail and in particular in being able to analyse complex accounting material.  Harry is able to make a jury, judge or tribunal understand complex financial and accounting cases with ease, and it is something he is renowned for at the Bar.

Harry is a criminal practitioner who has particular expertise in financial crime.  Harry is often instructed in large and complex frauds, which invariably involve Harry’s skill in technical confiscation and asset recovery proceedings.  Harry is a specialist in relation to financial and business crime.

Many of Harry’s cases involve defendants who are directors or proprietors of businesses and who, therefore, keep business records and accounts. Analysing and explaining accounts (to juries and tribunals) is something that Harry is highly skilled at.

Harry was recently instructed by the Central Fraud Group in a £2m fraudulent trading matter, involving a fraud perpetrated against the Ministry of Defence (MoD).  The Defendants ran a large and apparently respectable successful business for many years until the fraudulent trading was discovered. Accordingly there are a significant amount of financial and accounting documents that require analysis, advice on and presenting to a jury.

Harry is always at the cutting edge of technology, so that cases are presented in the best possible way to juries and tribunals.  An example of which, was when Harry was leading prosecution counsel in a large international identity fraud investigated by the Serious Organised Crime Agency (SOCA), now the National Crime Agency (NCA). This case was presented by way of electronic presentation of evidence (EPE) via laptops.  The jury retired to deliberate with laptops loaded only with the exhibits that had been produced and viewed during the trial.

Harry was instructed in a £2m fraud alleged to have been conducted against the MoD in which the defendants are represented by Kingsley Napley Solicitors.

Harry was instructed by BCL as Junior Counsel in a high profile European Parliament expenses fraud which resulted in his client being found not guilty.

Harry defends either as leader or junior in serious criminal cases and particularly in financial crime matters.

Harry prosecutes either as leader or junior, primarily in all types of financial crime. For the prosecution he is regularly instructed by prosecution agencies such as the Revenue and Customs Division of the Crown Prosecution Service (CPS), the Department of Work and Pensions (DWP), the Department for BIS (previously the DTI), NCA and the CPS.

Harry has appeared in a number of arms control cases investigated by the Strategic Exports and Sanctions Team, such as materials capable of being used in nuclear weapons programmes and sniper rifle sights being exported to Iran.

Harry has been instructed in a number of large-scale British Transport Police (BTP) cases. He was recently instructed to prosecute a 12-handed metals theft conspiracy in which 5 of the defendants were represented by Queen’s Counsel.