Bridget is an experienced criminal barrister who practises in all areas of serious crime. In recent years, Bridget's practice has focused on her prosecution work for the Crown Prosecution Service (CPS) and other prosecution bodies and agencies. 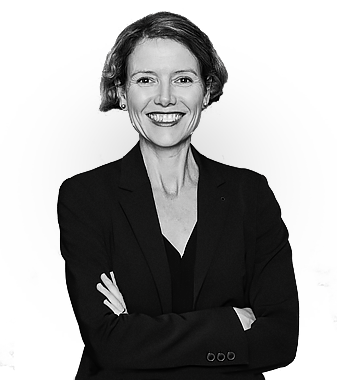 Bridget has a busy prosecution practice and is regularly instructed by the CPS including the Organised Crime Division, DWP and HMRC.  Her practice covers serious and complex cases ranging from conspiracy to murder, armed robbery, drugs, violent offences, fraud, human trafficking to serious sexual offences including rape and historic abuse.

Bridget receives instructions in the most serious criminal cases.

Bridget is often instructed to provide pre-charge advice in complex historic and current sexual offences.  Her preparation of these cases involves a careful review of significant amounts of medical/mental health and social services records.  She provides clear and concise advice.  She also has experience in dealing with trials involving young and vulnerable witnesses, intermediaries and other professionals.

Successful prosecution of a double rape of a vulnerable woman in her own home. One of the defendants was a stranger the other was known to her.

Prosecution counsel in a case involving a fraud were a woman defrauded her 87 year old neighbour out of a quarter of a million pounds in 3 months.

Successfully prosecuted a child grooming case where the defendant sexually assaulted a child over a period of 12 months in her own home.

Prosecution counsel in an arson with intent to endanger life where the defendant set fire to his own flat on the ground floor of a block of flats endangering other residents.

Successful prosecution of the rape of a 4 year old girl by her father.

Junior counsel for the Crown in this conspiracy to murder trial at Chelmsford Crown Court involving the shooting of a male in broad daylight in a revenge attack.

Junior counsel for the Crown. The defendants broke into an elderly couples home, tortured them by pouring boiling water over them until they relieved the location of their safe. Offenders made off with over 50 thousand pounds. See the News Report on Bridget's Page.

Successful prosecution in the stabbing of a young male in a residential area. Notably the victim could not participate in the trial and successful hearsay applications were made to adduce his evidence.

This case involved the multiple stabbing of a male on a commuter train.

This case involved a father charged with 28 counts of historic sexual abuse of his 4 children over 2 decades. The offences included rape, indecent assault and gross indecency.

This case involved a former primary school Head Teacher who had downloaded a significantly large amount of indecent photographs of children.

Prosecution of a sexual attack by a stranger as the complainant walked home late at night. Extended sentence passed.

Case involved a convicted paedophile who arraigned to meet a mother (undercover officer) in the hope of having sex with her children. Sentenced to 9 years.

Prosecuted 9 defendants for benefit fraud. All defendants were accused of circumventing the ‘benefit cap’ by submitting false employment records.

Bridget Todd prosecutes accounts worker who stole £170,000 from bosses and spent it on 'weekend of madness.'